The Piedmont:
Book One

The first volume of debut author Fulmer’s Piedmont trilogy, A Thousand Valleys, offers an unflinching and poignant account of a family in trouble. Seven-year-old Jimmy Taylor faces growing up in 1970s North Carolina with an uncertain foundation: his parents are divorced, and his mother Sara works nights as a nurse and sleeps during the day, often leaving Jimmy to fend for himself. Worse, Sara has changed: instead of the funny, loving woman she once was, she now seems depressed, even unhinged. As her mental state declines, Jimmy struggles to cope and searches for a way to meet the challenges presented by his family’s dysfunction.

As Jimmy’s mother becomes detached from reality, she still, like Fulmer’s other characters, is written with such care and persuasive detail that she vibrates with authenticity. Fulmer boldly mingles characters’ strengths with their flaws, creating convincing, complex people: while Sara could be viewed as neglectful, she fights off her exhaustion to take Jimmy to a movie, and though Jimmy’s grandmother is strict and joyless, when she is baking, she saves the mixer’s cake batter-coated beaters for Jimmy to lick. Jimmy himself is conflicted as he grapples with his troubles, shifting from playing with action figures to contemplating suicide.

The characters’ relationships with each other are similarly fine-tuned. Family interactions make up the bulk of the plot, and while the intense focus on them may at times be overwhelming, the constant kaleidoscope of shifting tensions, bonds, and loyalties often proves mesmeric. The most heartrending connection is that between Sara and Jimmy. Even as Sara drifts further away, succumbing to bizarre thoughts and behaviors, her devotion to her son never wavers. This complicated portrait of a family thrown into chaos by forces beyond their control will keep the attention of thoughtful readers right up until a final twist that complicates all that has come before—and maybe edges the book into a new genre.

Great for fans of: John Green’s Turtles All the Way Down, Joanne Greenberg’s I Never Promised You a Rose Garden.

Production grades
Cover: A-
Design and typography: A
Illustrations: N/A
Editing: A
Marketing copy: B+ 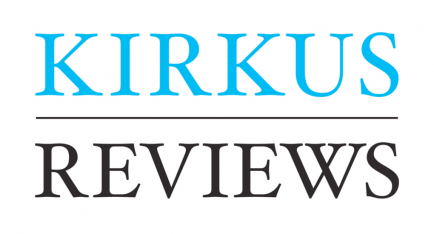 A boy and his troubled mother struggle to survive in this debut novel.

Seven-year-old Jimmy Taylor lives in Merrill, North Carolina, with his single mother, Sara. He’s already been traumatized by his now-absent father’s past violence, and he doesn’t have the best relationship with his mother, either. Sara is an obese woman who works the night shift at the local hospital, sleeps all day, and rarely does what she says she will. “Had he done something, anything, to deserve so many false promises?” Jimmy wonders. “Why was he isolated in a gloomy house day after day? At seven years old, he only could muster so much patience. All he wanted was basic decency. She didn’t have to be perfect, only average.” Jimmy much prefers Miss Judy across the street, a nurse and single mother who watches him sometimes and treats him with affection. But the situation with Sara is even worse than Jimmy knows. She begins to hear voices that crowd out her thoughts and exacerbate her moods. She hopes a move to Raleigh will be good for both of them—they’ll be closer to Sara’s parents—but the voices may have other plans. In this series opener, Fulmer’s prose is taut and always a bit ominous, as here where Jimmy asks Sara a question she doesn’t like: “Sara’s mood darkened. How could her son ask such a question? She observed the sky through her driver’s side window. The sun dimmed, and the world around her filled with shadows. Sara’s voices, once diminished to a low rattle, now erupted in alarm and indignation.” The characters are generally well drawn, and Sara in particular is a complex and tragic figure. The author captures her struggles with mental illness with subtlety and empathy. But the novel suffers from being a bit too long—its 365 pages somehow feel like many more—and for having a plot that’s disappointingly free of incident. The novel grapples with dark and unpleasant things, but it fails to do so in a way that makes them dramatic or engaging. Many readers will wonder how the story can sprawl into the planned sequel.

A skillfully written family tale with an uneven plot. 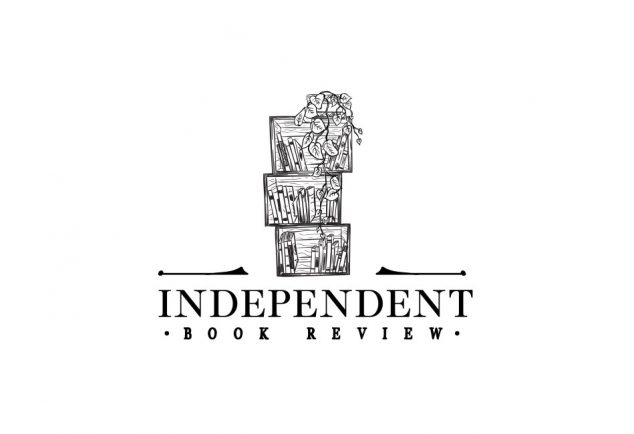 An intriguing literary feat that examines one family’s approach to addiction, mental illness, and generational trauma.

A Thousand Valleys holds a magnifying glass to an American family, told from the perspective of a young boy caught in the crossfires of his family’s delusion and suffering.

Jimmy opens the story as a somewhat common eight-year-old boy, with an overworked single mom and the same concerns, friends, toys, and bullies as many other kids his age. Since his mom (Sara) works nights as a nurse at the local hospital, he spends most nights with a neighbor who looks after him. The stress of her job, her past health anxieties, and the sudden death of her childhood love Elvis is too much for Sara and she slowly unravels.

What begins as a depressive episode soon snowballs into full-on delusions of a second family in Canada who sends her messages through the TV screen. Her delusions spiral into voices in her head, a cacophony of characters giving her directions, threatening her, telling her what to do.
Jimmy, scared and unsure, contacts his estranged grandparents, beginning a roller coaster of ups and downs for both him and Sara, as their family intervenes. As Jimmy goes to live with his grandparents, Sara’s sister takes a greater role in their lives, showcasing her own mental health issues she contends with. After a violent episode in the home, things
take a turn for the worse.

While a welcome relief from the instability of his mother, grandparents Phil and Diane have their own slew of issues, which inevitably transfer onto Jimmy. As he struggles with his mother’s commitment to a mental hospital, Jimmy is thrown into another situation where adult family members are deciding what’s best for him without talking to him first.

Spread over a couple year period, readers watch Jimmy begin to understand his mother’s illness, try to trust other adults, and eventually make choices to control his own destiny. While the adults in his life try to help, damage, and disappoint him, Jimmy starts to realize he has to depend on himself.

A Thousand Valleys would be a great fit for those drawn to fast fiction with a strong hook. Fulmer’s writing style is clear and whisks readers smoothly along with Jimmy, Sara, and their dysfunctional family. Their peaks and valleys are quick and range wildly, keeping us engaged for the entirety of the lengthy novel. Sara’s illness comes on fast and sudden, and the link to a depressive episode a year ago seems like a large leap to schizophrenia. However, her blank stares, secret messages from an Earth-father and aliens immediately peak interest; how can’t we be drawn to figuring out what’s happening inside Sara’s head?

Sara is described as hollow, but Fulmer is especially focused on describing her physically. While it’s noted she’s overweight, his descriptions of her face, body and eating habits levy disgust and leave us curious why her physicality gets so much attention. Moreover, Jimmy’s development is surprisingly cogent for an 8 year-old. He has big, philosophical thoughts about life and love. At one point he questions, “Why do we have
so much cake and so little love?”, which, apart from being perhaps too poetic on his part, can feel distracting for readers expecting a young child’s perspective on his family’s generational trauma.

A fun and snappy novel, albeit with dark themes, readers will enjoy the clarity of the situation and the smooth style presented by Fulmer in telling this all too familiar story—that of unhealed, generational trauma and its effect.

Jimmy Taylor, a 7-year-old boy, must take matters into his own hands and stand his ground as everything around him seems to be falling apart. After getting a divorce and experiencing her son’s near-death, his mother, Sara, packs up their bags to move to Raleigh to be closer to her parents. She lost her husband, her job as a nurse, and almost her son. The events have already taken a toll on her mental health, and seeing her deteriorating health, her father, 56-year-old Phil Soderlind, decides to step in. There is nothing Jimmy doesn’t do to help his mom, but the screeching voices inside her head, taunting and humiliating her, are too overpowering to control. Christmas is a joyful time that brings even the most detached families together. However, with Sara’s sister in town, things are set to go further downhill.

A Thousand Valleys by Ken Fulmer takes family drama to a whole new level with an exceptional narrative and memorable characters. Jimmy’s story is heartbreaking, yet his determination and friendships, such as that with Troy, will make any heart melt a thousand times over. Taking readers back to the ’70s, the book holds great value in depicting the life of a single mother during that time and how her only child suffers along with her.

With creative plot twists and Ken Fulmer’s unique storytelling techniques, this book will become readers’ companion during turbulent times. With Sara juggling work, motherly responsibilities, and a mental illness, she comes off as a strong, powerful character that many can relate to. As a child of divorce, Jimmy also leaves a lasting impact with his pop culture references and his adorably undying love for cartoons and movies. If you’re wondering whether you should pick up this book, the answer is a definite yes. It is a life-affirming work that superbly translates family drama, the ache in the human soul, and the quest for healing. Perfect for a Christmas gift!